Drumsagard Village was once the home to a 14th century stone castle which towered over the countryside in what is now known as South Lanarkshire. The area was also known as Drumsargart or Drumsargard, meaning 'ridge of the priest'. The castle was made of very heavy stone and built on the site of a such earlier timber fortification on top of an artificial mound. The mound was used to keep the fortification above flood-prone land. The mound it self can been seen in the picture below. 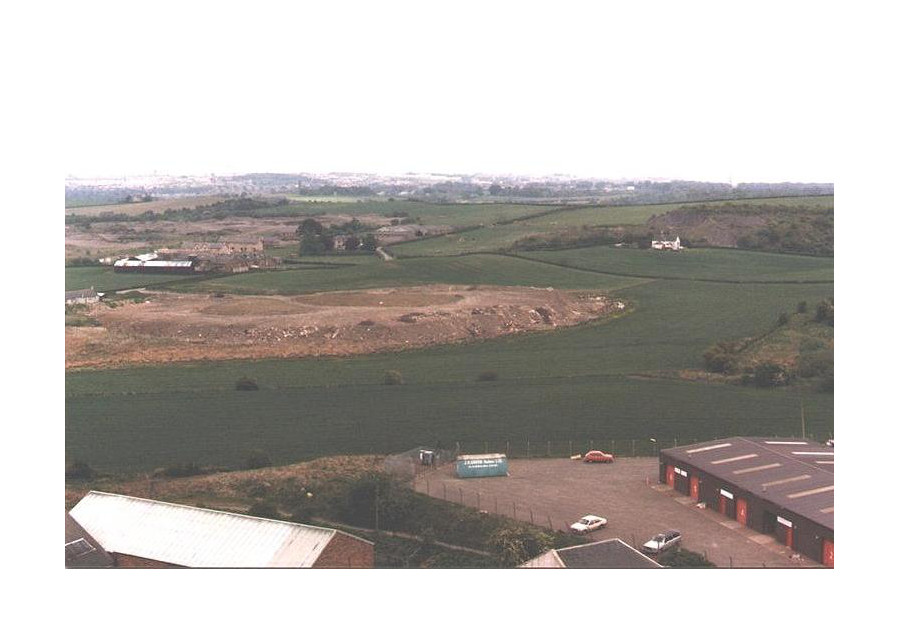 It is still possible to see part of this artificial ridge, about 100 yards south-west of Hallside village near Cambuslang.The land originally belonged to John Moray of Drumsagard but it was forfeited in 1306 by Edward I for supporting Robert the Bruce during the Wars of Independence. Like the massive Bothwell Castle, built by John's relative Walter Moray, a few miles to the east, it came under the ownership of the Douglas's around 1370.

With the demise of the Black Douglas family in 1455, Drumsagard was gifted to the Duke of Hamilton by James II. However, it was allowed to fall into ruin and by 1770 the last stones of the castle had been removed to build the Hallside farms nearby. The mound remained little touched for another century before its size slowly reduced with agricultural activity. The name of the barony of Drumsagard was changed to Cambuslang in the 17th century. The Hamiltons retained the land until the 1920's, when it was sold.