That’s the big area of land between Village Road and Newton Station on the site of the old Hallside Steelworks. In order to get Planning Consents for the Drumsagard Housing Development in the early 90’s, H.J. Banks & Co. had to clear the site, introduce top soil, add millions of earth worms and plant with a variety of trees, but mainly Willows. The idea had been to harvest the trees every 5 years as biomass creating a financial profit, which would then finance the future maintenance of the site.

Ownership of the land was passed to Scottish Enterprise Lanarkshire and the lease was given to the Greenbelt Group who were charged with maintaining the site and harvesting the biomass. 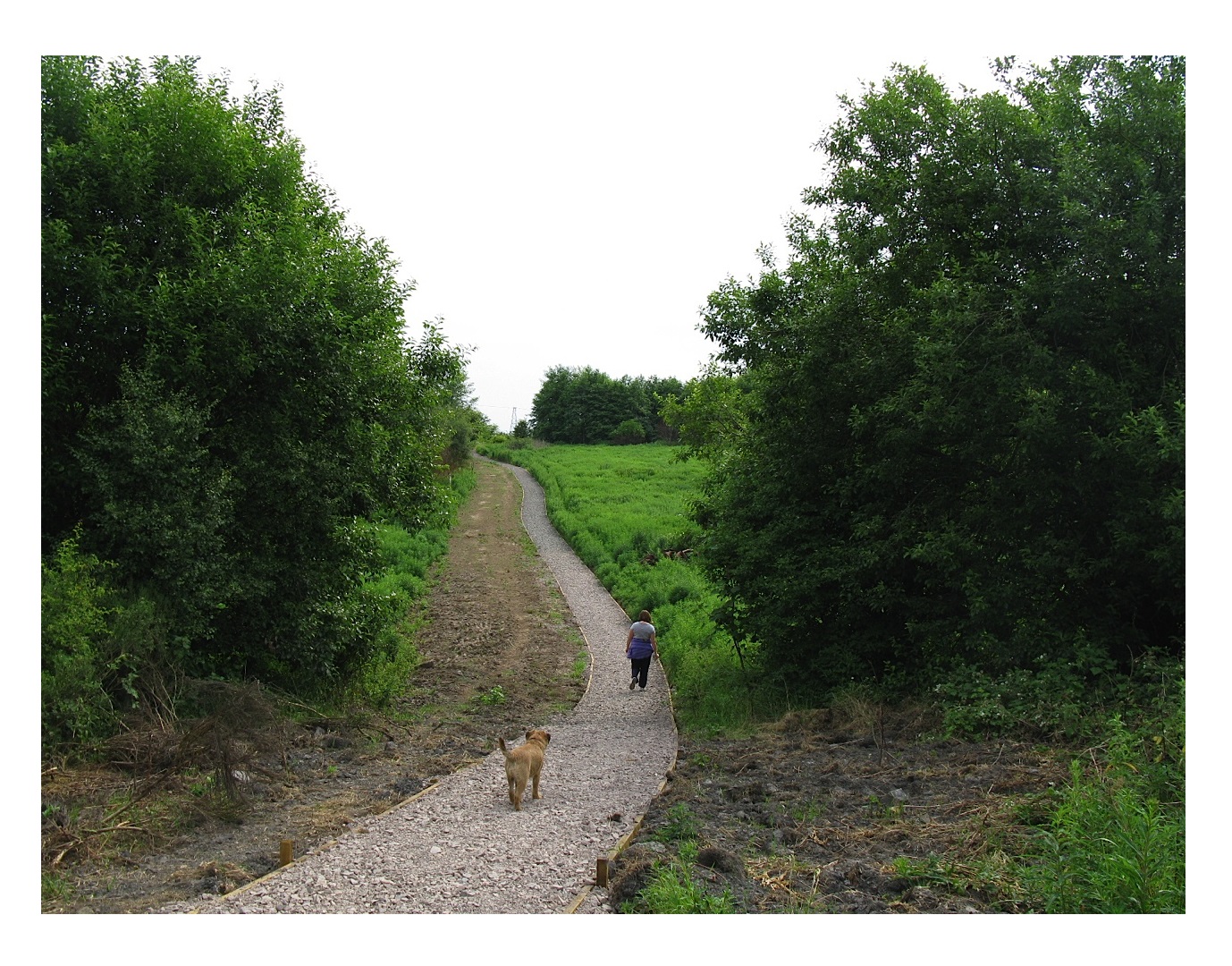 This never happened and site lay virtually untouched until our Association included the woodland in our major project in 2009. We arranged for the demolition of the furnace that had been left on site and had become a meeting place for the Buckfast Boys. Bottles were smashed against it’s walls every weekend and it quickly became a no go area for our children and adults alike. We also recreated all the paths that had disappeared over the years due to neglect and opened the area up for walkers, joggers and cyclists.

We are now considering a project to introduce new life into the woodland with a project that will include local schools involvement (Hallside, Park View, St. Charles and James Aiton Primaries).

The area is being remapped to show our paths and desire lines (informal paths) and in the future we would hope to join all paths up to create a circular route through the woodland. The area has a large and diverse selection of animals and plants, which can be enjoyed by all.

We are seeking quotes from several companies who specialise in urban design projects for a feasibility study to hopefully come up with ideas to make this a real community asset. The study will involve a comprehensive community consultation so that the final result meets the aspirations of everyone involved.

Would you like to get involved in this project, have you any new ideas, a couple of hours a month is all it would take?